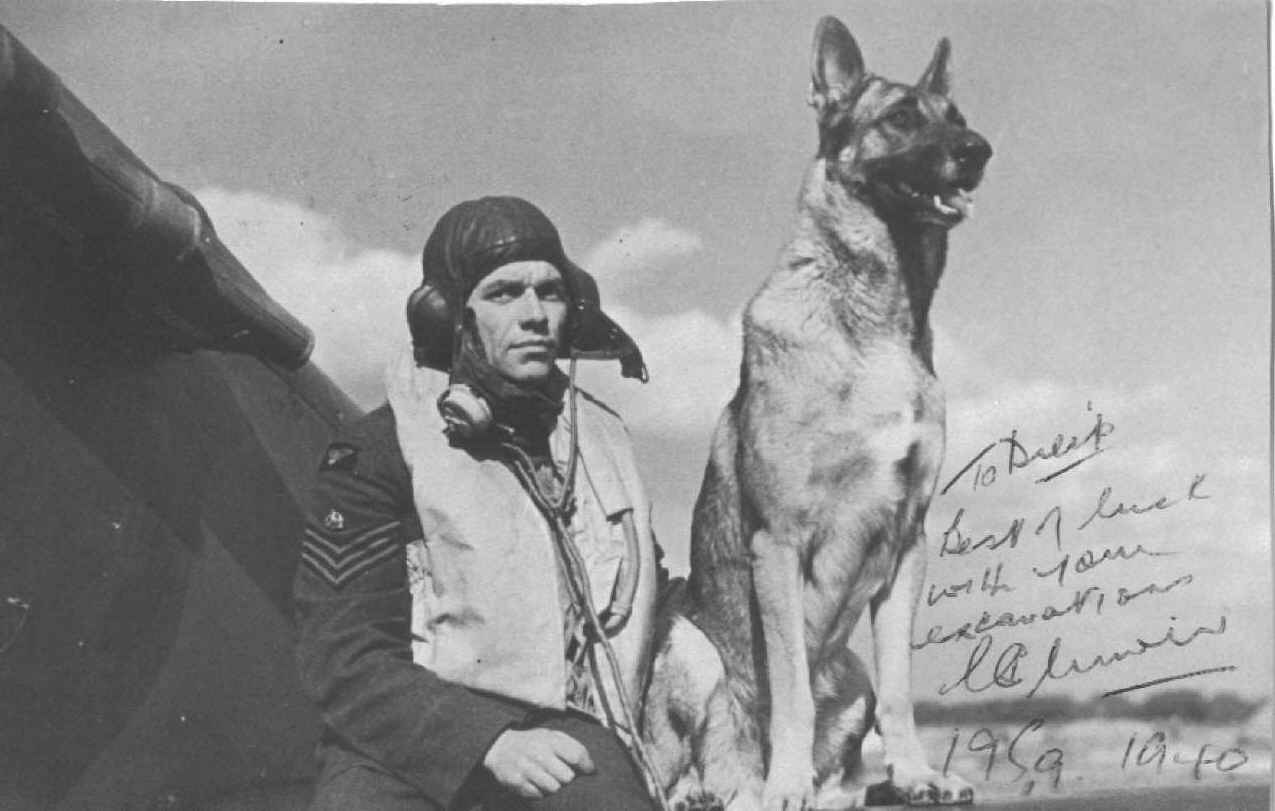 George Unwin, a miner’s son fortunate enough to enjoy a grammar school education, first joined the pre-war RAF as a clerk. Later, thanks to the 1936 Expansion Plan, he was amongst a small number of regular NCOs selected for pilot training. Flying Gauntlets at Duxford with 19 Squadron, in 1938 George became the first sergeant-pilot to fly the new Supermarine Spitfire. By the time war broke out, George was a very experienced pilot, 19, of course, having been the RAF’s first operational Spitfire squadron. The following year, the Spitfire was committed to battle over the French coast in support of the Dunkirk evacuation, meeting the Me 109 for the first time. There, George opened his account, going on to score a number of aerial victories during the the subsequent Battle of Britain – marking him amongst the most able and aggressive Spitfire pilots in Fighter Command. Together with his great friend Flight Sergeant Harry Steere, George became the backbone of 19 Squadron’s NCOs and Other Ranks, the ‘High Priest’, according to fellow pilot Sergeant Ken Wilkinson, ‘Looking down from on high’. George flew regularly with Brian Lane, first his flight and then squadron commander, whom he described as ‘A quiet but compelling leader, completely unflappable’. His bravery recognised with a DFM, after the Battle of Britain George was rested as an instructor, being considered too old, at 27, to be a fighter pilot. Later commissioned, it took Harry and George several years to get back on ‘ops’, which they did flying Mosquitos in the build-up to D-Day. Sadly, Harry was killed flying night-intruder operations and is buried in Normandy. George survived the war, serving in the post-war RAF, winning a DSO for his command of a Brigand squadron during the Malayan Emergency. Upon leaving the service he had known since a boy, he went on to work for a charity as an executive manager – and continued playing golf until the last round.

I first met George in 1988, whilst researching my first ever book, ‘Spitfire Squadron’, inspired by Brian Lane’s book ‘Spitfire!’ (his first-hand account), telling the story of 19 Squadron 1939-41. George was then living pretty much in obscurity, although a member of the Battle of Britain Fighter Association. Like so many, he didn’t court personal publicity or recognition, and did not attend reunions. We changed all of that! At the launch of ‘Spitfire Squadron’, held at the RAF Museum, Hendon, in May 1990, George was reunited at long last with other 19 Squadron stalwarts including his other great friend, Bernard ‘Jimmy’ Jennings, David ‘Little Boy’ Cox, Wallace ‘Jock’ Cunningham, Michael Lyne, Peter ‘Crasher’ Howard-Williams, Ken Wilkinson and others. From that point onwards and until his health began failing, George never missed a book launch of mine at Malvern or Duxford. At the latter, he would even insist (and I do mean insist!) upon helping unload boxes of books from the van!

In Brian’s book, the tale is re-counted that owing to the luck of the draw, George was left of 19 Squadron’s battle order for its first sortie over Dunkirk – his disgruntled reaction earning him the nickname ‘Grumpy’. This, however, George disputed: “No, that isn’t right. What happened was that we were at readiness early one morning and Douglas Bader, having recently crashed a Spitfire whilst taking-off and damaging his tin legs in the process, was filing the replacements to make them a better fit. He was making a terrible din whilst I was trying to sleep, so I remonstrated with him. Bader’s response, inspired by the popular Disney cartoon Snow White & the Seven Dwarfs, was ‘Oh shuddup, Grumpy!’ So, the name stuck!” 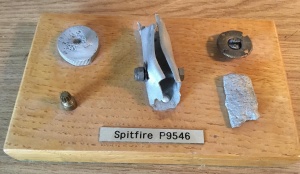 On 11 September 1940, George was flying Spitfire QV-H, P9546, when hit by return fire from a German bomber. A coolant pipe was damaged, so George, in order to save the aircraft, made a very skilful wheels-down (emphasis on ‘wheels-down’) forced-landing in a field near Brentwood in Essex. ‘With a fitter plus spares’, George told me, ‘I repaired the aircraft and returned it to Fowlmere two days later. The problem was a round had shattered the armoured windscreen, which could not be repaired on station, so the aircraft had to be sent away anyway’. Later, that Spitfire, in which Pilot Officer Wallace ‘Jock’ Cunningham DFC also shot down a 109, broke up in mid-air whilst on charge with an operational training unit, killing the young Canadian pilot, crashing at Dymock in Gloucestershire. In 1993, my friends and I excavated the site, recovering a few meagre fragments from this historic machine – some of which were mounted and presented to both George and Jock. In 2005, I was working as a consultant to Corgi, the die cast model manufacturer, and persuaded the company to pay tribute to George by producing a 1/32 scale model of P9546 – including figures of George and his beloved Alsatian, ‘Flash’. The model was released in 2006, and George was absolutely delighted with it – and was very taken, as I recall, with Corgi’s female PR manager who presented the model to him! By then, George’s wife, ‘Jimmy’, had passed away, and he had moved from their Wimborne bungalow to live in sheltered accommodation. Like all the rest, in spite of advanced old age and failing health, George became electrified when talking to me about those heady days – when he was a Spitfire pilot. 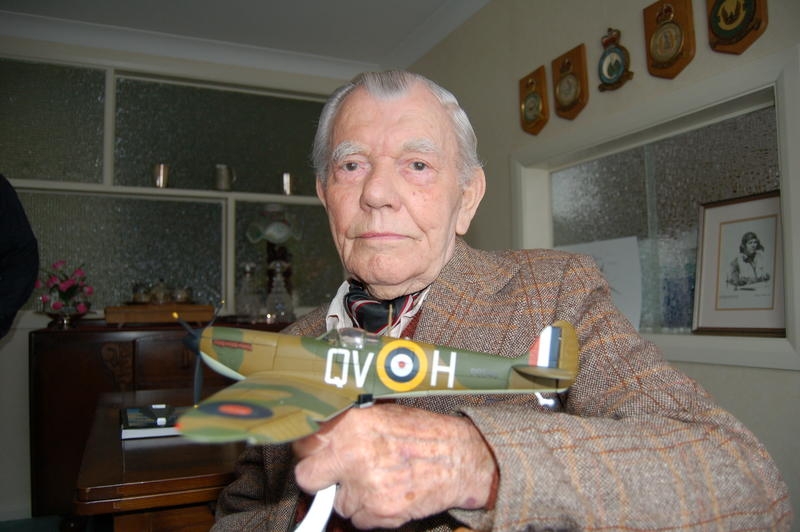 Sadly, not long after the model was presented, George passed away, aged 93. George’s family returned the mounted P9546 items to me as a souvenir of our long friendship, and I was privileged indeed to attend the great man’s funeral with Ken Wilkinson and deliver a personal eulogy – in which, I recall, I described George as ‘The Finest of the Few’. Many old friends, in fairness, could lay claim to such a mantle, for all kinds of reasons, and all equally worthy, but George, being such an enthusiastic and early friend and supporter will always be special amongst them – to me.