Missing in Action: the worst possible fate for families denied closure. This is the Polish Flying Officer Franek Gruszka of 65 Squadron, reported missing from the intense lunchtime engagement on 18 August 1940. In 1971, the Kent Battle of Britain Museum, then led by the late Mike Llewellyn MBE, excavated, in the presence of police officers, the crash site of an unidentified Spitfire at Grove Marsh, Wickhambreaux, Kent. The discovery of a parachute pack and human remains, however, led to the recovery being suspended and left in the hands of the authorities. It was not until 1974, that an RAF team recovered the remainder of Spitfire R6713 and the mortal remains of Flying Officer Gruszka – who was identified through an inscription on a propelling pencil found with other personal item; he was subsequently laid to rest at Northwood cemetery, alongside Polish comrades, will full military honours.

By sheer coincidence, the pilot’s niece, Barbara, migrated from Poland to… Worcester, and was astonished in 1995 to pass by the launch of my book A Few of the Many at the Guildhall and meet Battle of Britain pilots. Barbara still had her uncle’s personal items and medals, and provided background information on her uncle and family enabling a comprehensive story to be recorded and told. This family, at least, found closure, albeit 34 years after Flying Officer Gruszka’s last scramble. The Gruszka items, I understand, are now displayed at Hornchurch. 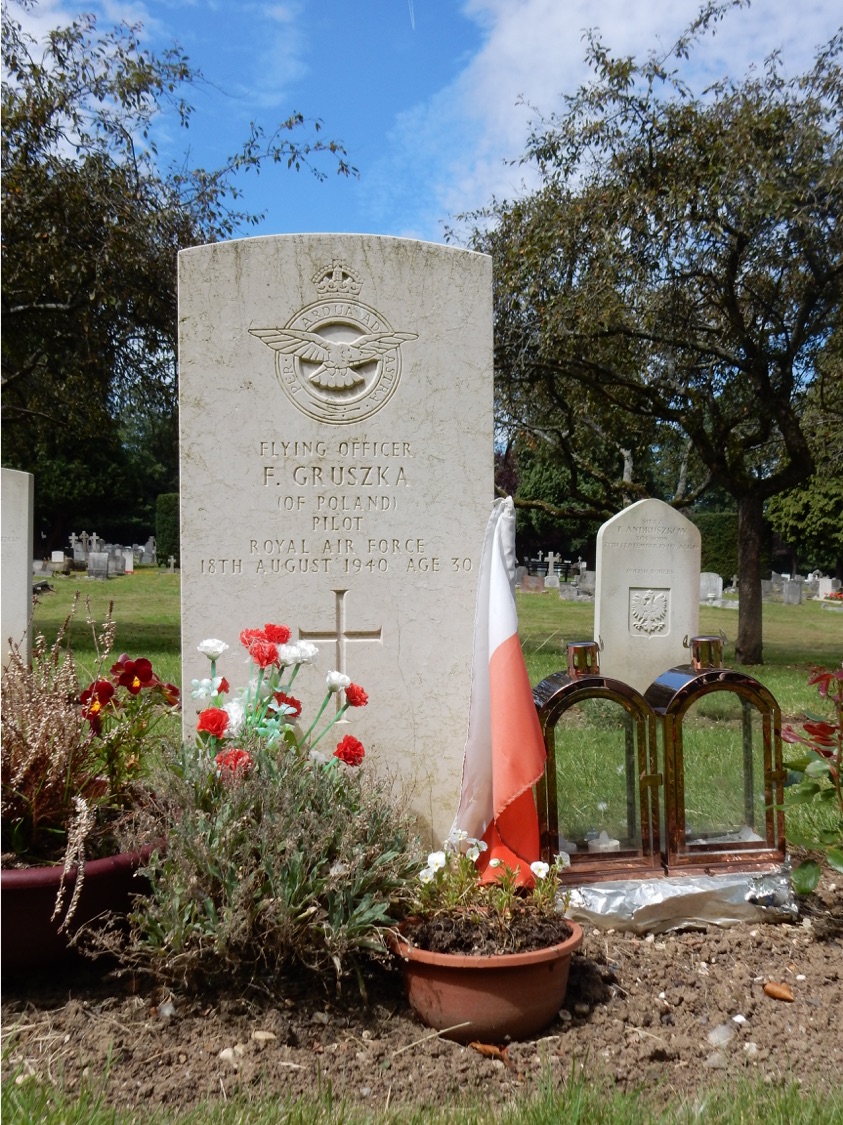 The grave of Flying Officer Gruszka at Northwood Cemetery – the first Polish pilot to be killed during the Battle of Britain.